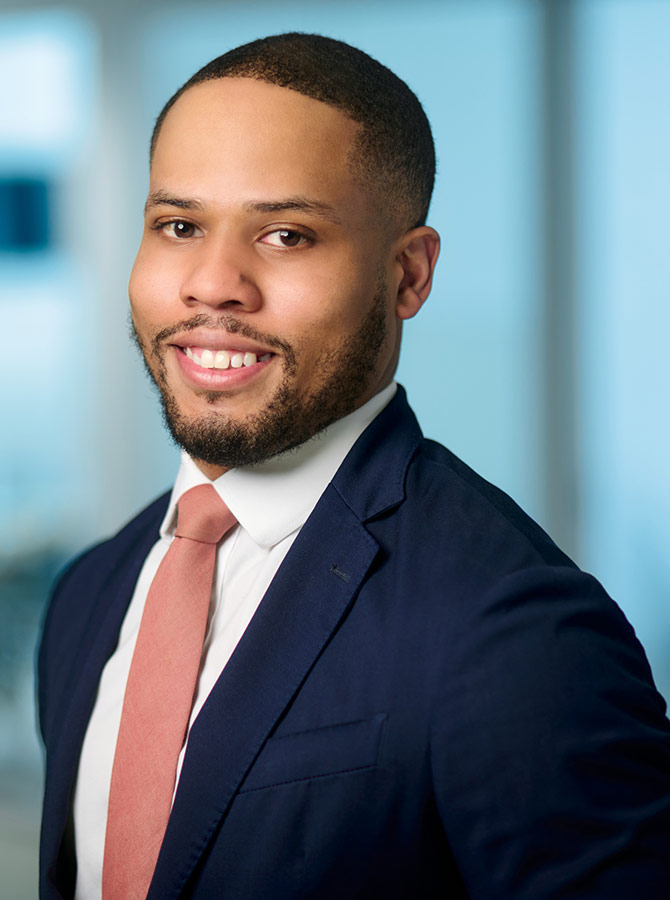 Kwabena Nsiah is a Principal with theGROUP. His work includes developing comprehensive strategies for a broad range of stakeholders looking to successfully address their immediate and long-term challenges as well as opportunities. Closely engaging with the Biden Administration and Capitol Hill, he provides clients with his thoughtful counsel related to the frequently evolving landscapes of policy and politics.

Kwabena is a veteran of Capitol Hill with more than a decade of experience in the House and Senate. Prior to joining theGROUP, Kwabena served as Chief of Staff to former Congressman and current Senior Advisor to the President and Director of the Office of Public Engagement, Cedric Richmond. In this role, Kwabena managed a team and was the chief advisor on all policy and political matters for the Congressman. He supported the cultivation of relationships with several private-sector industries – including Fortune 100 CEOs – and he aided the Congressman in his efforts to facilitate House passage of critical legislation.

Before that, Kwabena worked as Policy Director for the Congressional Black Caucus (CBC) where he oversaw the collective policy initiatives of 55 bicameral congressional offices, assisted Members on the House floor and worked with key internal and external stakeholders to ensure the prioritization of critical CBC issues. In this capacity, Kwabena was a trusted advisor to two CBC Chairs and was relied upon to carry out complex legislative strategies and coordinate with House leadership and relevant committees of jurisdiction.

Prior to assuming this role, Kwabena served on the Joint Economic Committee under Senator Martin Heinrich as Senior Policy Advisor focusing on tax and budget policy. While in the Senate, he led efforts to develop substantive reports for bicameral Democratic staff on relevant economic topics, staffed the Senator when delivering Senate floor remarks, and directed a team that prepared Committee Members for economic policy hearings.

Before working in the Senate, Kwabena served as Policy Advisor for the House Democratic Caucus under the leadership of former Representative and current U.S. Health and Human Services Secretary Xavier Becerra. In this capacity, he focused on various House leadership policy priorities including trade while also conducting extensive outreach to the House Democratic Caucus. Kwabena began his career on the Hill working for former Congressman Steve Israel (D-NY) during his tenure as Chair of the Democratic Congressional Campaign Committee.

A native of Newton, Massachusetts, Kwabena holds a Bachelor of Arts degree from Wesleyan University in Connecticut. He is a recreational golfer, avid sports fan and mentor for young men of color. He currently resides in Northwest, Washington, D.C., with his wife, Alaina.